Announcing the 100th Anniversary Annotated Edition of Captain Blood: His Odyssey by Rafael Sabatini, an author who knew that standing up to injustice required not only courage and honor, but wit as well–and often a sharp sword too!

First published in 1922, this famous modern classic has sold millions of copies and has remained in print since its first edition. It has inspired acclaimed novelists from Norman Mailer (“But I never enjoyed a novel more than Captain Blood”) to George MacDonald Fraser, Arturo Pérez-Reverte, and beyond. The novel is timeless, its fans young and old.

It tells the story of Dr. Peter Blood, convicted of treason for treating a wounded rebel and sentenced to transportation in servitude to the Caribbean from whence he escapes, turns pirate, and, conflicted by his sense of honor and love for a woman who cannot forgive what he has become, scourges the Spanish Main. Notably, the novel, which has been continuously in print for almost one hundred years, inspired the 1935 film version that made Errol Flynn a star.

Far more than a mere historical swashbuckler of the common genre, this famous story argues that heroes can be fallible, admit mistakes, and still succeed; that life is a series of problems in search of honorable solutions; that although the world may be unfair, this is no reason not to fight to make it more fair—and that everywhere are villains, ranging from the those who tremble silently in deadly fecklessness to those who bluster loudly in brutal cowardice, and that humanity is always in need of those willing to stand up to them.

Such heroes have always been in demand, and some eras have mandated them for survival.

Our present era is one of them.

For most young adult readers there is one book that seizes their soul. Some of us were lucky enough that Captain Blood was ours.

This special edition is being thoroughly annotated, to include many detailed notes and appendices, by noted piracy author and historian, maritime adventurer, and swordsman Benerson Little. He is assisted by the outstanding Rafael Sabatini biographer Ruth Heredia (Seeking Sabatini and Reading Sabatini). In addition to the annotations and appendices, the book will be thoroughly illustrated.

More publication details forthcoming soon! Tentative publication date is the fall of 2021, in time for the holiday season just prior to the 100th anniversary.

A quick plug for Oak & Iron by @firelockgames. Benerson Little (@benersonlittle_author) is the historical consultant for this great game designed by Mike Tuñez, with the support of an outstandingly talented crew. Oak & Iron is a fun, historically accurate 1/600 scale small fleet (or even single combat) action game set in the late 17th and early 18th centuries during the Golden Age of Piracy. Recreate or re-imagine historical sea battles or fictional actions, or create your own with beautifully detailed men-of-war ranging from small sloops to ships of the first rate. Entirely suitable for recreating ship-to-ship actions in Captain Blood. *Life-size piratical accouterments not included.*
"...and if the world is turned upside down, why, honest men have the better chance to cut bread out of it." --Sir Walter Scott, Rob Roy, 1818
"Lo you now, how vainly mortal men do blame the gods! For of us they say comes evil, whereas they even of themselves, through the blindness of their own hearts, have sorrows beyond that which is ordained."
"He was born with a gift of laughter and a sense that the world was mad." --Rafael Sabatini, Scaramouche, 1921
"It mattered not from whence it came..."
Although sea biscuit was quite common at sea, it's far more likely that Captain Blood's crew of buccaneers kept cornmeal, rusk (light bread toasted for storage), or even cassava bread in the "bread locker" astern. Even so, many naval and merchant ships relied on ship's biscuit, and here's a recipe, thanks to the good people at the Erie Maritime Museum and the Flagship Niagara. This stuff keeps forever!

“The Buccaneer Was a Picturesque Fellow” by Howard Pyle 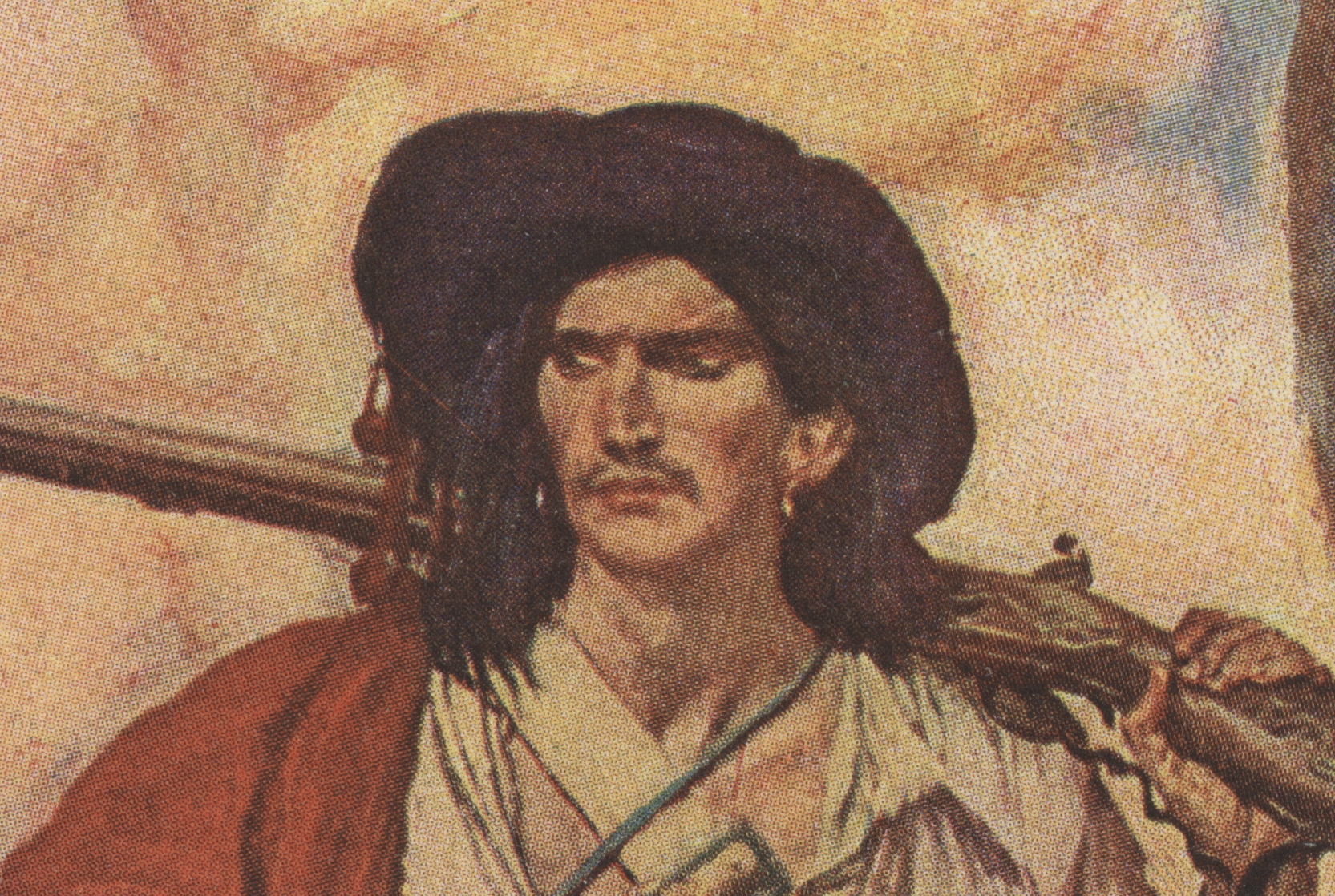 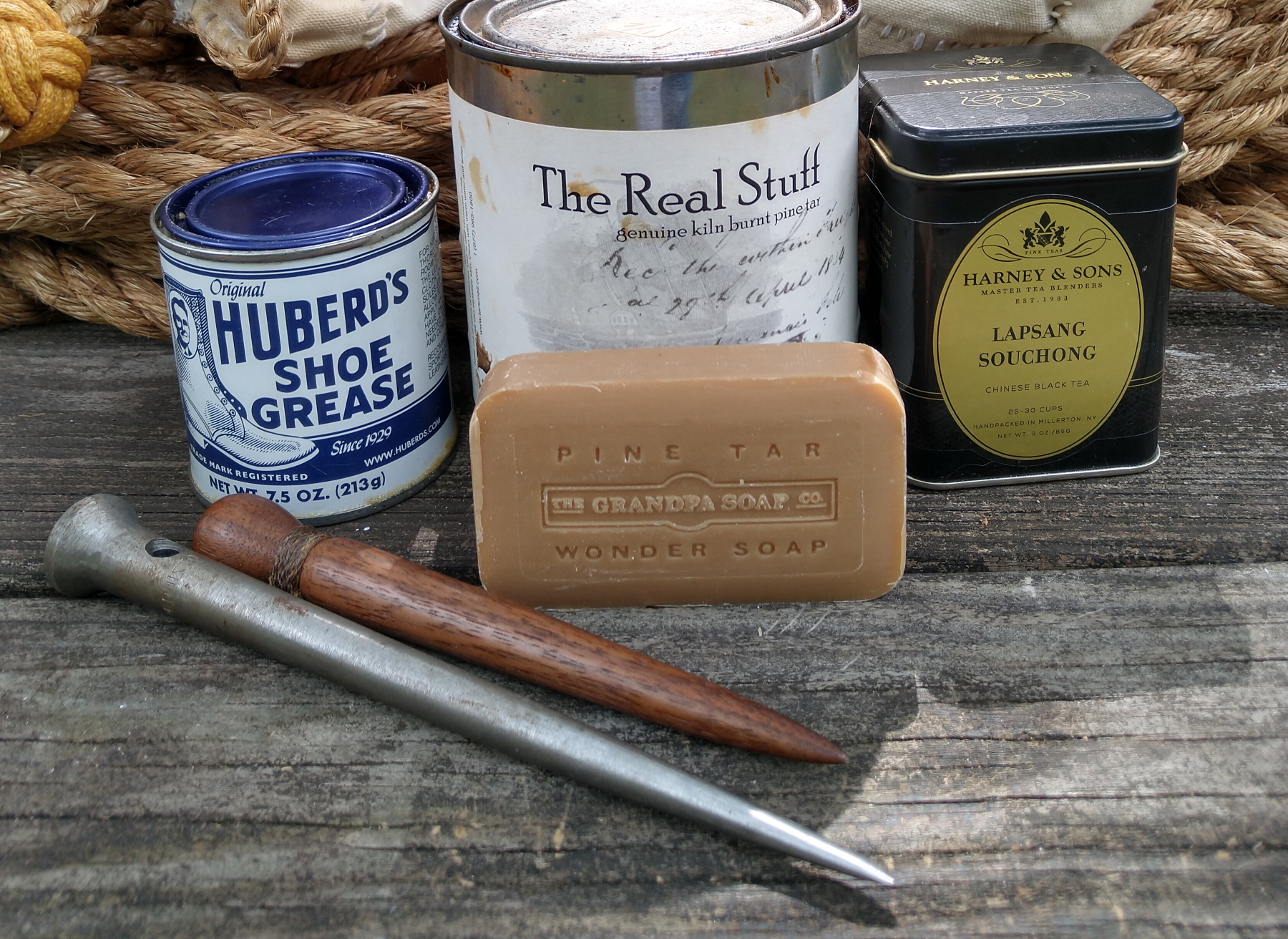